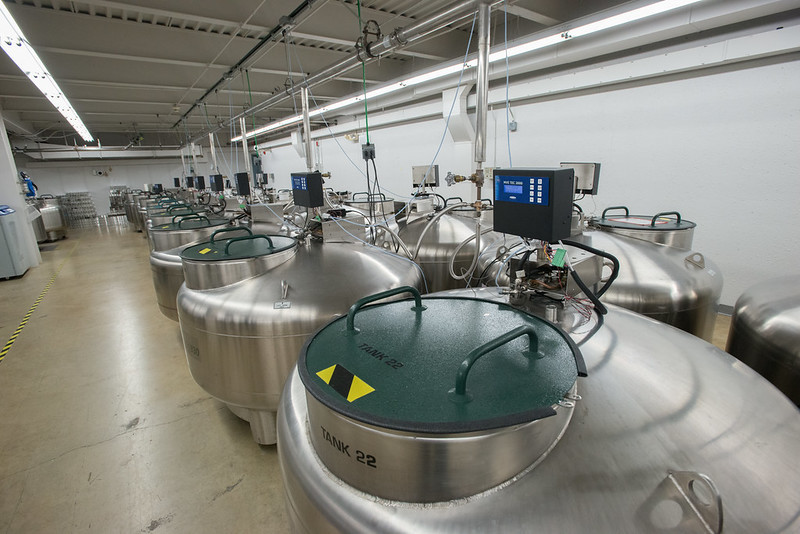 This American Life replayed an episode about the founder of cryonics, and it’s a great exploration of how an inadvertent con was born. Two things stood out to me. First, it was how fake the whole thing was from the outside. The other was that it was apparent that everyone believed that the future would deliver a miracle cure for everything, even old age. And while you have millionaires leeching broke 20-somethings for their blood, we have yet to cure death in any way.

Americans seem to believe that any problem we have is going to be solved by time and technology. After the nearly defied portrayals of the Founding Fathers and Lincoln, that the future must always deliver marvels is a crucial tenet of our civic religion. It’s not just sci-fi nerds eagerly hoping for the next bit of gadget lust; it’s baked into the culture post World War II. The basic idea that things will always be better, and of course you can buy the ticket.

The idea that we can drop our mostly-dead carcass at the door of the future to work put whatever terrible disease is eating our inside is laughable. Unless you're the kind of rich that can afford an army of attendants to see to your affairs and pay for your care to ensure that future medicine sees raising the nearly dead as a priority for their resources. Not to mention that your money is losing an inflationary battle with the future, choose your flunkies wisely.

Hand waving the journey from here to there and assuming we land at immortal luxury space communists abdicates your responsibility to the current world. This is why I like Cory Doctorow and William Gibson, both writers connecting the present to their future worlds and ensuring they look enough like now to feel realistic. This builds a sense of the future that isn't just magic with a nitrogen bath in a dusty vault.

There's a lot about the current world that fulfills all those Disney World of Tomorrow fantasies. The future seemingly coming at exponential rates is slowing down as our best Engineers figure out better ways to hold your attention while they show you ads for other distractions to show you even more ads. The future as panacea seems less likely as we navel gaze our way through the consequences of climate change and generations of political and financial corruption.

We aren't doomed, but we have to culturally handle our problems head on. Continuing to sleep and wait for the future to magically solve our problems is the best way to be forgotten like Walt’s frozen head.