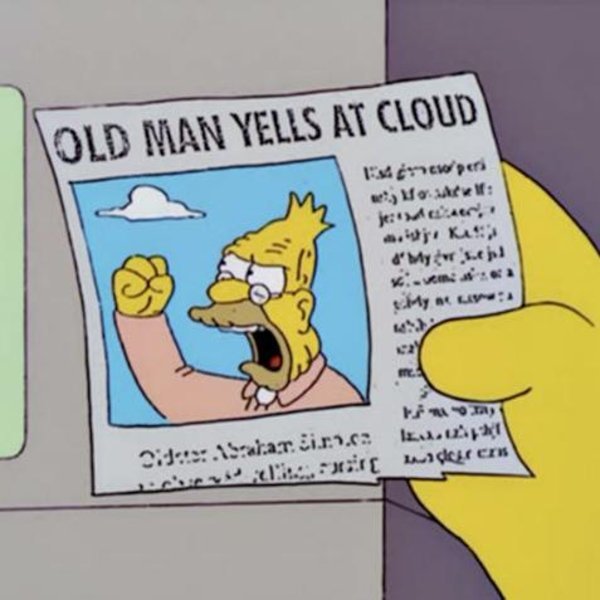 Should we judge the present moment’s importance by its historical weight? A massive media apparatus has risen up around politics, entertainment, sports, and every other matter, making it hard to believe that it isn’t important. With all that energy pumped out documenting every moment, it has to meaningful, right?

Most of that digital detritus is going to end up on Archive.org unless the author ends up famous. That’s not a bad thing; it’s just part of the flow from Current Events to History. (And ask any archivist, even famous authors have works lost to history.)

Most of what I wrote culturally and professionally is both technically and culturally irrelevant. The most prominent article I wrote for Macgasm ended up on the front page of Hacker News and the Mac subreddit. I’m sure it surfaces in someone’s research on Mac privacy issues with the right Google-Fu, but time has moved on.

News and Feature writing is essential as a cultural service. They let us keep a working model of the world. Trying to stretch that model too far into the past makes it useless. Worse yet, you can become anchored in the past, confused by your model’s lack of cultural relevance.

Your social media is probably full of people like this. Or, if you have yet to experience the harsh light of age, it soon will be. Hell, Brent Easton Ellis just published a book that should have just been called “Old Man Yells At Cloud.” The entire media blitz seemed built from the ground up to garner hate on Twitter.

This essay isn’t some polemic about changing your media diet. Read and watch what entertains you. Newspapers and Magazines were disposable media before Tim Berners-Lee was even a zygote. Making junk culture more pervasive only shortened the shelf life.

Genre fiction was considered junk culture for most of its existence, and still is in some academic circles. Literature started out as junk culture that distracted people from the hard work of studying the Bible and dying of cholera. High and low culture is gatekeeping for the educated class.

We can never know if our current moment is important. I have been contemplating that all of my output as a writer is destined to be added to the pile of internet detritus, products of a forgotten news cycle. I want to create work that isn't obsolete after a few years. That is the goal of most creators, so I don't feel I'm alone. It's aspirational, but not strange.